This research discusses the position and role of community counselors in assisting children in conflict with the law as perpetrators with limitations in their position and role in the juvenile criminal justice system. The research methodology used is juridical normative, where the research will focus on analyzing the relevant laws and regulations and their implementing regulations regarding the focus of the title of this research based on bibliographic sources. This study uses a normative juridical approach, it is to be analyzed using analytical descriptive method with a deductive research flow. The results of this study state that the position of community counselors in the juvenile criminal justice system is normatively regulated specifically in laws and regulations with regard to clear main tasks and functions, while empirically, community counselors can also be declared as law enforcers like the police, prosecutors, judges and advocates. With regard to the role of community advisors in the juvenile criminal justice system, it can be seen in their presence in state detention centers and courts which generally play a role in assisting and facilitating clients (children who are in conflict with the law as perpetrators) in dealing with various problems and cases faced by clients. 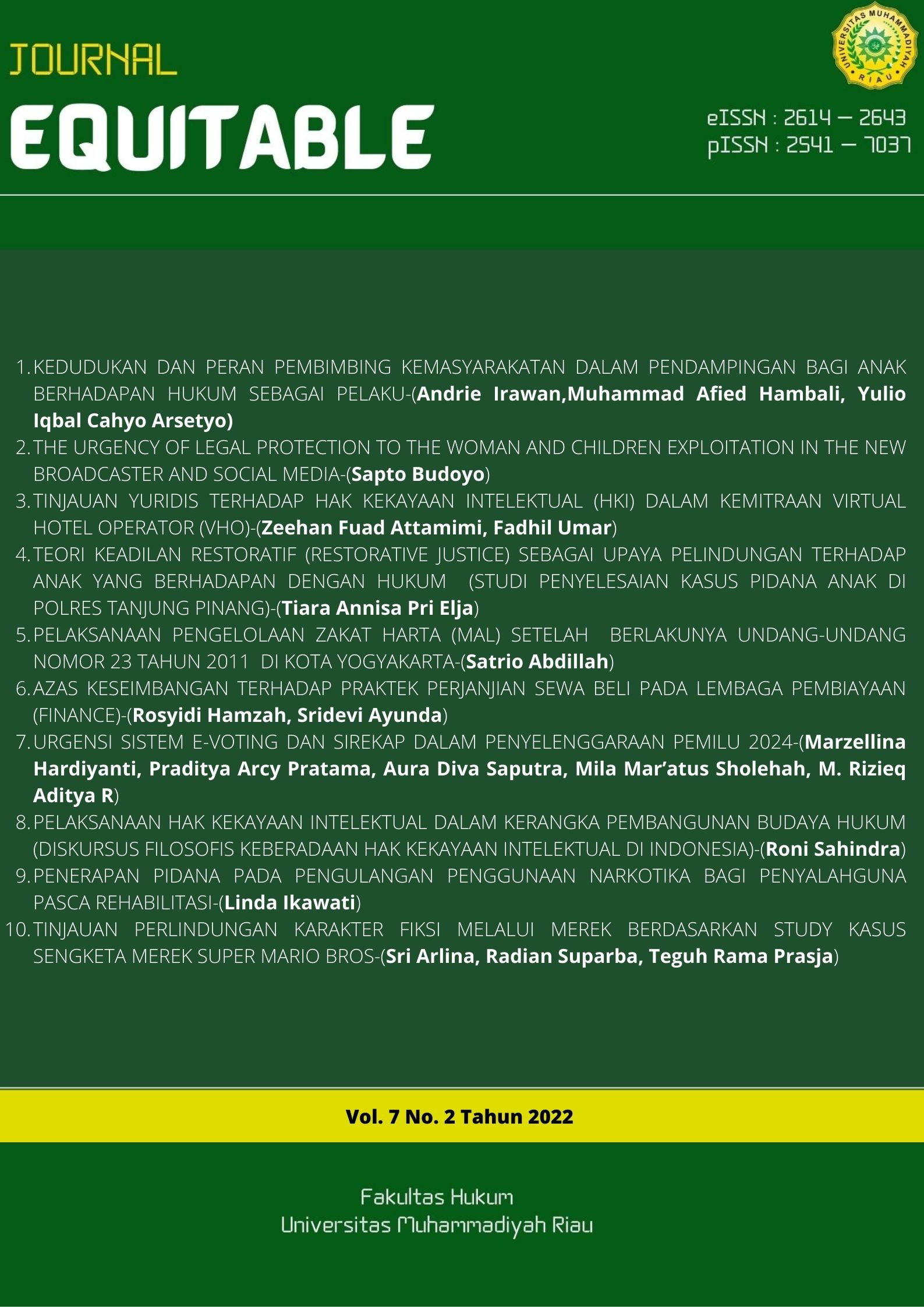