Analysis Use Of Condom In Jondul Pekanbaru City 2018

Sexually transmitted diseases are one of the reproductive tract infections (ISR) whose main mode of transmission is through sexual intercourse. The number of STD cases in Riau Province has increased during 2013-2017. Condoms act as protective devices for PMS. The purpose of this study is to analyze condom use in the area of ​​Jondul City Pekanbaru. This study used a qualitative method that was carried out in August-September 2018. Data analysis carried out was prior analysis in the field, analysis during the field and analysis after in the field. The informants in this study were 9 people taken from the principle of adequacy. From the results of this study obtained that the CSWs already know about condoms and the benefits of using condoms, however, they rarely know the terms STIs or STDs. CSWs do not agree to contact if customers do not want to use condoms. The motivation for using condoms is for fear of contracting the disease. Condoms have been provided by the local health center and distributed to brothel owners at the Jondul location and then distributed to the prostitutes. However, the CSWs do not use condoms that have been given and prefer to use condoms that they buy themselves at the pharmacy. The type of condom used in the Jondul location is a male condom. It is suggested to health workers to prioritize health promotion efforts on the use of condoms to sex workers to reduce PMS numbers. 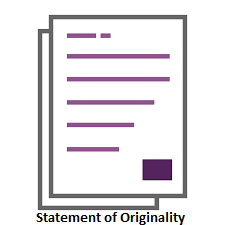 PHOTON is licensed under a Creative Commons Attribution-ShareAlike 4.0 International License